The client_id is a public identifier for apps. Even though it’s public, it’s best that it isn’t guessable by third parties, so many implementations use something like a 32-character hex string. It must also be unique across all clients that the authorization server handles. If the client ID is guessable, it makes it slightly easier to craft phishing attacks against arbitrary applications.

Here are some examples of client IDs from services that support OAuth 2.0:

If the developer is creating a “public” app (a mobile or single-page app), then you should not issue a client_secret to the app at all. This is the only way to ensure the developer won’t accidentally include it in their application. If it doesn’t exist, it can’t be leaked!

Because of this, you should ask the developer what type of application they are creating when they start. You can present the following options to them, and only issue a secret for “web server” apps.

Of course there’s nothing stopping the developer from choosing the wrong option, but by taking the initiative of asking the developer what kind of app the credentials will be used by, you can help reduce the likelihood of leaked secrets.

The client_secret is a secret known only to the application and the authorization server. It must be sufficiently random to not be guessable, which means you should avoid using common UUID libraries which often take into account the timestamp or MAC address of the server generating it. A great way to generate a secure secret is to use a cryptographically-secure library to generate a 256-bit value and converting it to a hexadecimal representation.

In PHP, you can use an OpenSSL function to generate random bytes and convert to a hex string:

Or in PHP 7 and above, the built-in function random_bytes can be used.

In Ruby, you can use the SecureRandom library to generate a hex string:

It is critical that developers never include their client_secret in public (mobile or browser-based) apps. To help developers avoid accidentally doing this, it’s best to make the client secret visually different from the ID. This way when developers copy and paste the ID and secret, it is easy to recognize which is which. Usually using a longer string for the secret is a good way to indicate this, or prefixing the secret with “secret” or “private”.

Storing and Displaying the Client ID and Secret

For each registered application, you’ll need to store the public client_id and the private client_secret. Because these are essentially equivalent to a username and password, you should not store the secret in plain text, instead only store an encrypted or hashed version, to help reduce the likelihood of the secret leaking.

If you store the secret in a way that can be displayed later to developers, you should take extra precautions when revealing the secret. A common way to protect the secret is to insert a “re-authorization” prompt when the developer attempts to retrieve the secret. 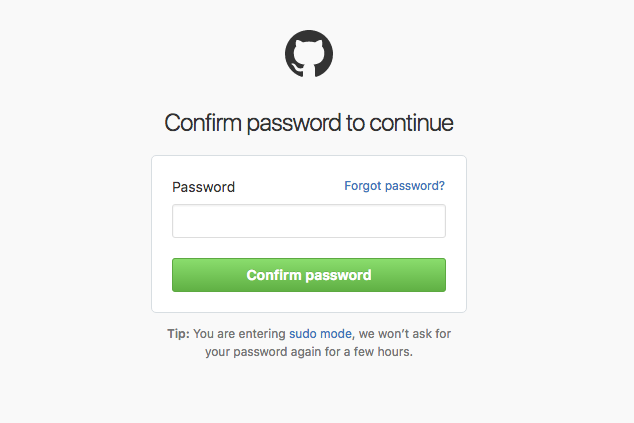 GitHub asks to confirm your password when making sensitive changes

The service asks the developer to confirm their password before it will reveal the secret. This is commonly seen in Amazon or GitHub’s websites when you attempt to view or update sensitive information.

Dropbox hides the secret until it is clicked

Additionally, obscuring the secret on the application detail page until the developer clicks “show” is a good way to prevent accidental leakage of the secret.