Typically sites like Twitter or Facebook expect their users are signed in most of the time, so they provide a way for their authorization screens to give the user a streamlined experience by not requiring them to log in each time. However, based on the security requirements of your service as well as the third-party applications, it may be desirable to require or give developers the option to require the user to log in each time they visit the authorization screen.

In any case, if the user is signed out, or doesn’t yet have an account on your service, you’ll need to provide a way for them to sign in or create an account on this screen. 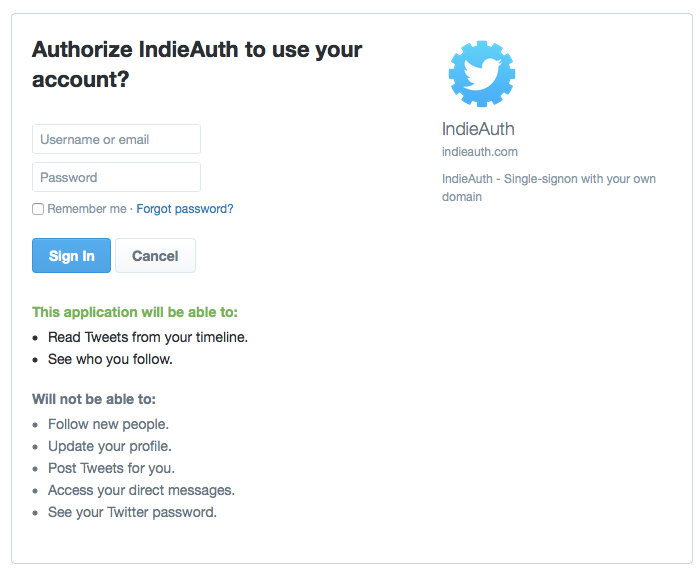 Authenticating the user can be done any way you wish, as this is not specified in the OAuth 2.0 spec. Most services use a traditional username/password login to authenticate their users, but this is by no means the only way you can approach the problem. In enterprise environments, a common technique is to use SAML, an XML-based standard for authentication, to leverage the existing authentication mechanism at the organization, while avoiding creating another username/password database.

User flow for logged-in vs not-logged-in

If the authorization server needs to authenticate the user via SAML or with some other internal system, the user flow would look like the following